EverBank Financial Corp. executives announced this morning that the company has signed an agreement to lease about 270,000 square feet in AT&T Tower 301, which will be renamed EverBank Center.

The Jacksonville-based bank said it will relocate more than 1,500 employees to the area. An incentives agreement with the City and state called for 1,000 jobs to be moved and 200 to be created.

EverBank was facing a Thursday deadline to execute an incentives deal with the state that, along with a deal from the City, will provide $5.15 million in tax refunds and training assistance to the company in return for the Downtown move and job creation.

EverBank now can file for permits to build out the space at the tower at 301 W. Bay St.

EverBank will occupy nine floors of the building. In addition to office space, EverBank Center is expected to include a fitness center, Wi-Fi hot spots, a food court and a national vendor coffee shop.

“EverBank’s decision to relocate our offices Downtown is the result of a long and diligent evaluation,” CEO and Chairman of the Board Rob Clements said in a statement.

“Our focus has always been to find the best possible solution for our employees, the company and the City of Jacksonville,” he said.

Clements said the move gives the company “an opportunity to consolidate most of our Jacksonville employees into a single, appealing location and reinforces our efforts to be a strong corporate leader in the community through a Downtown presence,” he said.

Clements said the company supports efforts to rejuvenate Downtown by Mayor Alvin Brown and the Jacksonville City Council. He said EverBank is “pleased to play a major role in this initiative by investing in and relocating over 1,500 employees to the area.”

EverBank said that the relocation process, including design, construction, facility configuration and moving staff will take more than a year to complete.

Employees will be moved to EverBank Center in phases, starting in June through the end of the year.

“This is a great day for Downtown Jacksonville,” said Brown in a statement.

“I am very pleased that EverBank has decided to locate its employees Downtown,” Brown said.

“Our Downtown businesses will benefit from the infusion of 1,500 EverBank workers and we’re excited about the possibility of future expansion as EverBank grows its business,” he said.

City Council approved incentives agreements in June that called for EverBank to move the jobs, now in the Southside, by Sept. 30, 2012. EverBank told the City it has negotiated to lease 225,000 square feet of space Downtown, which would need to be renovated, furnished and equipped for the employees by that fall deadline. EverBank signed a letter of intent for the AT&T Tower space in August.

The City had extended the deadline for the deal to Jan. 3.

Jacksonville Economic Development Commission Acting Executive Director Paul Crawford said after the Dec. 8 JEDC meeting that he was optimistic for an announcement within the next couple of weeks. He attributed the need for the extension to “details that have to be worked out.”

Space already is being cleared at AT&T Tower 301. The Daily Record reported in late October that AT&T 301 owners were clearing out nine floors of space at the Downtown tower, according to a City building permit issued to Auld & White Constructors LLC. The architect for the project is Rolland, DelValle & Bradley.

The City permit, with a demolition project cost of $405,000, showed that Jacksonville-based Auld & White will demolish floor coverings, interior wall partitions and acoustical ceilings of floors 7-9 and 20-25 of the building at 301 W. Bay St.

A separate permit needs to be issued to renovate the space for a specific tenant. A build-out of EverBank’s size typically takes six to eight months.

Some of the space under demolition had been leased by CSX Corp., which vacated the floors earlier this year to move closer to its Downtown riverfront headquarters. CSX leased 240,000 square feet in the 30-floor tower, which is owned by El-Ad Florida LLC of Sunrise.

The warranty deed and property documents show that El-Ad Florida LLC bought the building in 2004 for $90.9 million from Capital Growth of Florida Ltd. The building’s assessed value in 2011 was $45.97 million.

Published reports say that when CSX ended its lease, the property lender moved the mortgage to a special servicer that specializes in defaulted loans.

Large tenant deals are generally contingent on the approval by lenders, who look closely at lease terms. Until lenders sign off on leases, tenants cannot start the process of building out space or even announcing the deal because technically the deal isn’t done.

A source close to the negotiations, who could not be identified because of confidentiality requirements, said earlier this month that the deal was expected to be completed soon.

One was an economic development agreement between the City and company to relocate 1,000 jobs Downtown from the Southside and create 200 new full-time jobs.

Under the agreement for a Qualified Target Industry Tax Refund program, the City will provide $420,000 and the state will refund $1.68 million after the company creates and verifies the 200 jobs. EverBank also requested $300,000 in training funds from the state.

The second piece of legislation gives EverBank $2.75 million to offset moving costs from the suburbs.

EverBank, based along Riverside Avenue near Downtown, said the $2.75 million would help offset the $26.5 million it said it will spend to move and improve space Downtown to house the 1,000 employees that would relocate from leased space in the Quadrant II and Cypress Plaza office centers, both in Southside.

Also, the City deal says that EverBank must maintain at least 1,350 jobs among its Riverside Avenue area headquarters and the urban core for at least five years. EverBank has 284 employees at its headquarters, according to the JEDC summary.

The City would make the payment after EverBank moved the jobs and provided documentation.

News about EverBank has circulated since the spring. The Daily Record reported April 21 that EverBank was looking for a site to consolidate its suburban operations and that Downtown, and AT&T Tower 301, was an option.

EverBank provides banking, mortgages and investment services nationwide, operating through standard banking offices and through its Direct Banking division, by telephone, mail and the Internet. EverBank reports that its roots stretch back to 1961, although the current company was formed in 1994 as Alliance Mortgage Co., which became a significant mortgage originator and servicer.

Send Us An Email

Take Me To ESP 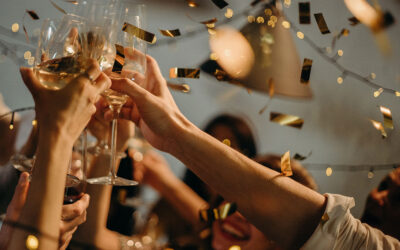 It is the New Year and it is time to shed the inefficient strapping's of renting a building and embrace the simplified, streamline lifestyle of renting individual offices. We know that your business is your baby and you want to make sure you are doing everything to...

5 Tips on Balancing Work and Life

When we were little kids, grown-ups would always ask us what we wanted to be when we grew up? Most answers ranged from astronaut to lawyer, and we even had a few ballerinas in the mix. However, not one of us ever answered the question with “I want to be overworked and... 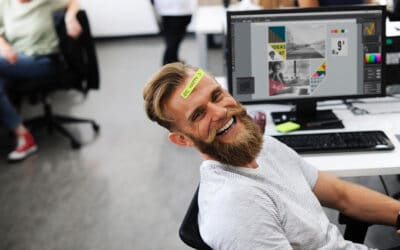 Put a Little Fun into the Office Fun, that word is not normally associated with an office environment. We think of offices as human versions of beehives. Each person buzzing from one task to the next with proficiency. But what if I told you that in the midst of all of... 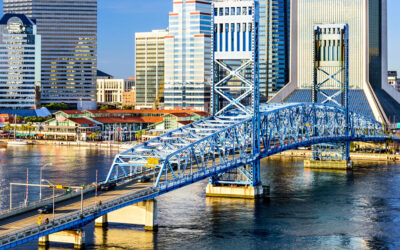 Here in Jacksonville, Florida we are a coastal city. Everywhere you look, to get from one end of town to the next, you are going to go over a bridge. Sometimes it will be the Matthews Bridge, or the Acosta, or my personal favorite, the Main Street Bridge. The only way... 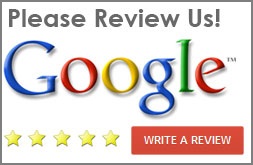